Julie Swindler, LCSW, received her bachelor’s degree in 1982 from Florida Atlantic University and master’s degree in social work in 1985 from Barry University. Her career experiences include two years’ internship in mental health and child/family social services and direct service social work practitioner for four years in the nonprofit family and children services arena, including two years at Families First. She became Chief Executive Officer at Families First in 1992. Throughout her career; Ms. Swindler has continued developing skills in program design and implementation, as well as remaining current on clinical practice specific to infant mental health services (the social emotional wellness of children birth to five). She is a strong community collaborator and stays abreast of local and national community and political issues that impact children and families.
Ms. Swindler has a knack for bringing people together to share resources so that more can be accomplished to improve the lives of children and families. Within her profession, she fosters a spirit of cooperation rather than competition. She has championed collaborative ventures involving multiple organizations and agencies when she sees it as the best means to serve the clients. She has been an initiator of innovative programs to meet needs not widely recognized such as the Kin Support Project which helps those who find themselves caring for a relative’s children.
She is a founding board member and immediate past president of the Nonprofit Chamber of Palm Beach County that was created to provide a forum for the executive directors of local social service organizations to network, collaborate, and support each other. She has been a board member of the Glades Initiative since 2002; board member of the United Way of Palm Beach County as a representative of the agency executive council from 2010-2013; since 2013, she has been a member of the local child abuse prevention planning group, has served on the Fetal Infant Mortality Review team, a graduate of Leadership Palm Beach County Class of 2012, and on the technology committee of Executive Women of the Palm Beaches. She serves as an Extraordinary Minister at Holy Name Church and is a member of the Finance Committee.
In 2014, she was elected to a two-year term as a board member of Executive Women and another two-year term in 2016 and chair of the Executive Women of the Palm Beaches membership committee.

SUPPORTING THE FUTURE OF OUR WORK 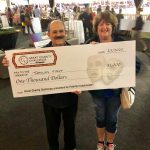 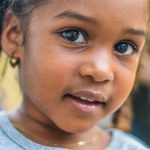 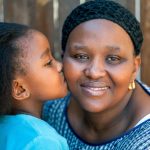 Parenthood, Round 2 – The Kin Support Project